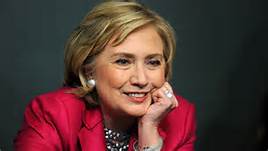 Last night Hillary Clinton became the first woman in U.S. history to be nominated by a major party for President.  Her formal qualifications for the job are impressive: a graduate of Yale Law School, she has previously served as both a U.S. Senator and Secretary of State, giving her experience in both the legislative and executive branches of government.  She is the consummate Washington “insider,” which in this election cycle may or may not be an advantage.

Mrs. Clinton has devoted her life to the pursuit of social justice.  Reflecting her Methodist upbringing she quoted in her acceptance speech John Wesley’s rule of life:

“Do all the good you can,

By all the means you can,

In all the places you can,

At all the times you can,

To all the people you can,

As long as ever you can.”

And yet in the same speech she expressed support for a woman’s right to make her own healthcare choices (which we take as a reference to legalized abortion), and for LGBT rights.  In so doing she certainly thinks she is “doing all the good she can . . .to all the people you can.”  But is she really?

The problem is that the liberal, progressive” agenda on some of these issues puts the Democratic Part in direct conflict with the 6th and 7th Commandments: “Thou shalt not kill,” “Thou shalt not commit adultery.”  Abortion violates the sanctity of human life.  The gay lifestyle undermines marriage as a committed, complementary relationship between a man and a woman.  The Ten Commandments, in turn, reflect God’s order for human society.

As human beings we have a moral obligation to obey the will of our Creator, no matter what we may think our individual self-interest may be.  But is it really in our self-interest to disobey God?  Are we really “doing all the good we can” by helping others to sin?  John Wesley certainly would not have thought so.  Neither should we.

A former Democratic president, Jimmy Carter, quoted Micah 6:8 in one of his speeches:

And what does the Lord require of you

But to do justly,

And to walk humbly with your God?”

The verse goes on to tell us “what is good,” and what “the Lord requires” of us.  It is a matter of a moral obligation that we to our Creator, and it is “good” – it is right and proper and beneficial to all concerned.

A part of that obligation is that we “do justly,” and that, in turn, means that the civil magistrate has a duty to

“Defend the poor and fatherless;

Do justice to the afflicted and needy.

Deliver the poor and needy;

Free them from the hand of the wicked.”

The underlying assumption here is that the strong and powerful will take advantage of the weak and vulnerable, and therefore the role of government is to “deliver” or “free” the poor from the rich and powerful.  Thus it is unconscionable that we would have a political and economic system that would leave a large segment of the population destitute and without access to healthcare.  As God judged ancient Israel, so will He judge us. On this point Mrs. Clinton is certainly well-intentioned.

We are also to “love mercy.”  It is a little hard to find an exact English equivalent for the word translated “mercy” (Hebrew: chesed), and scholars have long debated its exact meaning.  But it certainly includes the idea of kindness shown toward others and also carries along with it a kind of faithful and devoted love.  It is “mercy” in the sense of compassion shown toward those in need, and the word is sometimes translated “lovingkindness.”  Not only are we do display this quality; we are to “love” it.  So here again Mrs. Clinton is quite right to be concerned about the welfare of children, minorities, and those suffering from discrimination and injustice.

But the text also says that we are to “walk humbly with your God,” or as it might be more literally translated, “to behave humbly to walk with your God.”  We must be sufficiently humble to recognize that God’s ways are best, and bring our lives into conformity with His will.

The problem with the modern Democratic Party is that it wants to take a secular approach to social justice, and this raises the question of where our standard of justice comes from.  We tend to err on the side of individual autonomy – each individual should be allowed to decide for himself how he wants to live his life.  But when we ignore God’s will our efforts at social justice can be self-defeating.  By promoting “LGBT rights” we may think that we are creating a more inclusive and tolerant society.  But if in the process we create the impression that there are no rules, that any and every kind of sexual behavior can be tolerated, we wind up undermining family stability.  In the long run we create more social problems than we solve.  Lyndon Johnson famously “declared war on poverty.”  Today there is more poverty than ever, and the “Sexual Revolution” is a major reason why.  Pat Moynihan, an Assistant Secretary of Labor in the Johnson Administration and later Mrs. Clinton’s predecessor in the U.S. Senate, pointed out the obvious fact that single parent families have to struggle to survive.  Why is there so much crime in the inner cities?  Because too many young men are growing up in single parent homes without good male role models.  What goes around comes around.

We do not help others by helping them to sin.  We help them by showing them the path toward redemption and forgiveness in Christ Jesus.  All of us live in a universe created by God; all of us are ultimately accountable to Him.  We can find happiness and fulfilment only when we come in line with His purposes for our lives – and His purposes are wise and good.  To love the sinner is to seek to free him from his sin.  Abortion and sodomy are unspeakable sins and are bringing down God’s wrath upon the nation.

Christians, pray for our country!