THE FOLLY OF SECULARISM 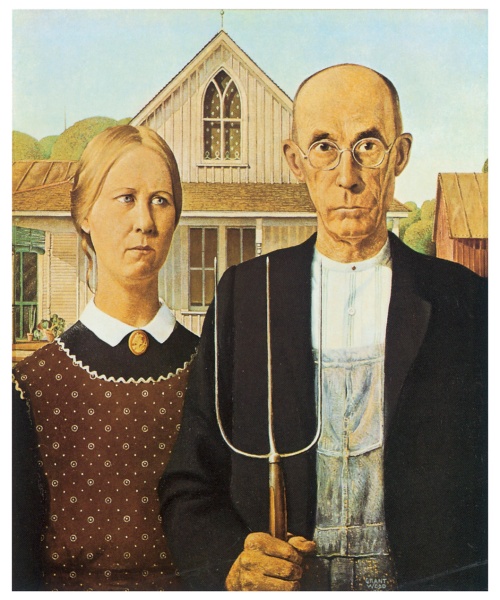 Back then most children grew up in stable, two-parent families, raised by their own biological parents.  They knew who their fathers were.  Dad was the breadwinner; mom stayed home and took care of the kids.  People had a sense of right and wrong.  They assumed the existence of a Supreme Being and believed that there were such things as moral absolutes.  People were expected to be polite and courteous, and to look presentable in public.  Profanity was confined to the barnyard.  And there were certain things that one simply did not do – such as cheat on one’s spouse, for example.  People would talk about such things as character, honor, integrity and duty.

Yet today we scarcely hear of such things.  It is assumed that self-interest is what drives human behavior.  Hardly anyone thinks any longer in terms of the common good.  People are out to “game the system,” and their concept of right and wrong is based on what they can get away with.  What happened to change things so dramatically?

In a word, the answer is secularism.  We have pushed God out of our lives, act as though He didn’t exist, and are suffering the consequences.  Young people today come from broken homes, are educated in a thoroughly secularized public school system, and are face with a business culture that is focused exclusively on the corporate bottom line.  Consumerism is the reigning mentality of the day.  But what is conspicuously absent today is religion.  Most churches today are made up primarily of senior citizens, and the majority of millennials are classified as “nones.”

Secularism amounts to practical atheism.  It is not that the existence of God is openly denied, but rather that He is simply ignored.  And the practical consequences of secularism are virtually the same as those of outright atheism.  It becomes virtually impossible to answer the great existential questions of life.  Why do we exist?  For particular reason or purpose.  What makes the difference between right and wrong?  It is all a matter of personal opinion.  What happens to us after we die?  Who knows?

There have been philosophers who have wrestled with the questions, but without coming up with any satisfactory answers.  (Just ask philosopher B what he thinks of philosopher A.)  But for the common, ordinary man who has never read Nietzsche or Sartre, life is a fruitless attempt to find meaning and fulfillment in the fleeting pleasures of life.  One can see the results in the expressions on their faces: the anger and hostility, the bitterness and despair.

What it all comes down to is man’s rebellion against God.  God is our Creator.  He has given us life and health, strength and vitality, and has placed us on a habitable earth.  And yet we have pushed Him out of our thoughts and lives.  But we can never find meaning and purpose in life, we can never find lasing happiness and fulfillment, until we return to our Creator and submit to His will.  We gain by giving; we win by surrendering.  We can reach our full potential only by being what God wants us to be.  “For thou hast created us for thyself, and our heart cannot be quieted till it may find repose in thee.”  (Augustine, “Confessions, I.i).