THE HUMAN TRAGEDY OF SIN 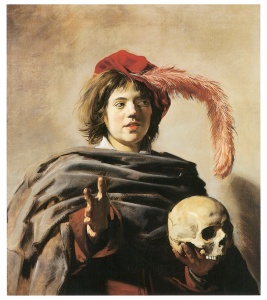 “There is a way that seems right to a man,

But its end is the way of way of death.”

King Solomon was a man who had seen a lot during his lifetime, and writing under the inspiration of the Holy Spirit, his collected wisdom is found in the Book of Proverbs.  And the proverb before us encapsulates a pertinent observation about human behavior.  “There is a way that seems right to a man.”  The “way” is the path of life in life down which we choose to go.  And for many of us there is a particular path that “seems right” – it looks like just the thing we want.  It looks enticing and advantageous.  It appeals to our sense of self-interest.  “But its end {final outcome] is the way of death.”  It eventually leads to destruction and death.  What started out looking very promising turned out in the end to be a disaster.

Nowhere can this be seen more clearly than in the course of modern Western history.  The ‘60’s were a time of radical experimentation and change.  The Viet Nam War had provoked a widespread revolt against “the Establishment” which came to a head during the Chicago riots of 1968.  Disillusioned many turned to “sex and drugs and rock-n-roll,” culminating in the Woodstock Festival of 1969.  President Nixon managed to get us out of the war by 1973, and the anti-war protests died down.  The hippies of the late ‘60’s graduated from college and became the “Yuppies” of the ‘70’s – young, upwardly mobile professionals  seeking to climb the corporate ladder.

But in many ways the legacy of the ‘60’s remains today.  The sexual revolution and radical feminism changed the way Americans looked at sex, gender roles and marriage.  In 1973 the U.S. Supreme Court legalized abortion in a decisive break with Judeo-Christian morality.  And the Stonewall Riot of 1969 marked the beginning of the Gay Rights movement.

But where has all of this led us?  Today 40% of all live births in America are to unmarried women (in 1970 it was 10.7%), and 23% of all children are living in households headed by a single female parent.  The late Sen. Daniel Patrick Moynihan could cite studies that showed that children from single parent families were far more likely to do poorly in school, live in poverty, and become involved in crime (Family and Nation, 1986).  We have created social dysfunction on a massive scale.

The underlying problem lies in the philosophical assumptions of the Cultural Revolution of the ‘60’s.  Unlike prior reform movements such as the Abolitionism of 1830’s – 50’s or the Progressive Movement of the early 20th Century, the young rebels of the ‘60’s basically took a secular approach to social reform.  There was no clear-cut, unifying ideology, but there were several influences at work.  One of them was Neo-Marxism.  Karl Marx had predicted a social revolution based on an economic class conflict.  But by the 1950’s his predictions had largely turned out to be false.  The Proletariat had not risen up and overthrown the Bourgeoisie in a violent revolution.  Marx’s theory was then redefined in terms of social and cultural conflict.  People are oppressed and dehumanized by the “bourgeois” values of middle class America.  This set the stage for identity politics: one disadvantaged group after another felt oppressed by the white, patriarchal, Eurocentric Establishment.

Another major influence at work in the ‘60’s was Existentialism.  Here the emphasis was on the radical autonomy of the individual.  Concrete human existence precedes any defining essence.  There is no divinely established order to the universe, and therefore we should be free to define ourselves as we please.  The Existential influence was especially felt in the Feminist Movement through the writing of Simone de Beauvoir.  Gender roles are artificial and oppressive and should be discarded.  This eventually led to the LGBT movement and the idea that we should be allowed to choose our own gender.

And behind all of this lies the legacy of the Romantic Movement with its emphasis on individual freedom and self-expression.  And it undoubtedly had a special appeal to Americans with our heritage of freedom, democracy and free-market Capitalism.  It suited the consumer mentality of a generation that grew up in the prosperity of the ‘50’s and could take a comfortable middle-class lifestyle for granted.

The problem with all of this, however, was its secularism.  Both Neo-Marxism and Existentialism were atheistic.  In our sin and rebellion we refuse to acknowledge God as our Creator and Lord.  We want social justice, but refuse to accept God as the source of morality.  But on a secular basis it is virtually impossible to establish any kind of spiritual reality that would allow us to escape from the materialism of modern industrial society.  We wound up replacing the materialistic “bourgeois” values of our parents with “sex and drugs and rock-n-roll.”  We replaced materialism with outright hedonism. It was hardly the triumph of idealism.

But we are still human beings created in the image of God, and we are still accountable to Him.  In the end sin never benefits anyone.  At first it holds out the prospect of freedom and pleasure.  But in the end there is a long trail of broken relationships, ruined health and wrecked finances, and eventually eternal destruction.  We live in a universe created by God; and when we ignore His laws and go our own ways, we invite disaster.  That was the tragedy of the ‘60’s, and that is the tragedy today.  Calling sin “sin” is not being hateful or bigoted – it is simply giving an honest diagnosis in hope of a cure.

“There is a way that seems right to a man,

But its way is the way of death.”